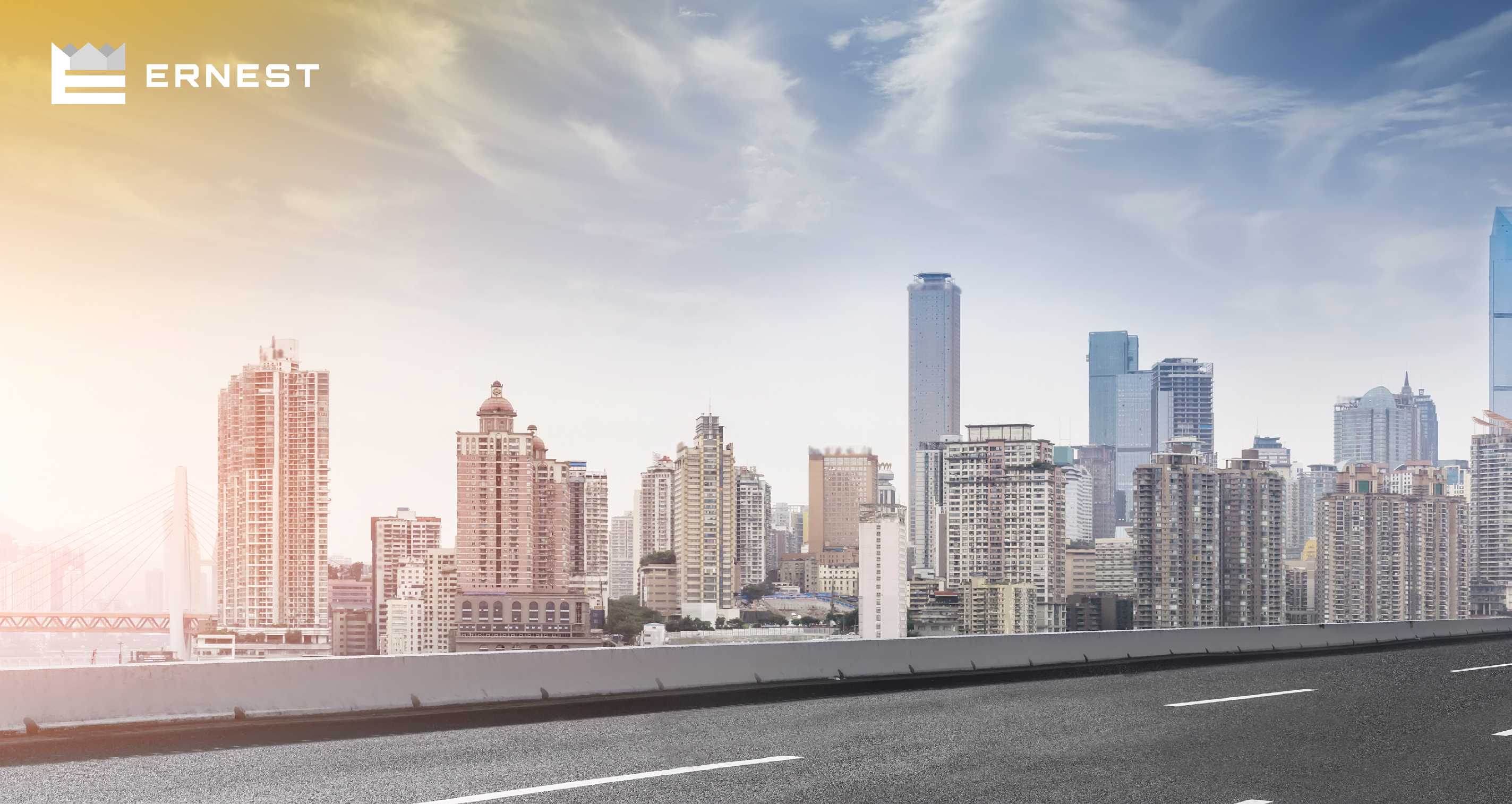 The “BBB” program consists of around 20,000 infrastructure projects nationwide, involving roads, highways, farm-to-market roads, airports, seaports, terminals, evacuation centers, lighthouses, hospitals, schools, government centers, and the like.
The BBB Program seeks to accelerate public infrastructure expenditure from an average of 2.9 percent of gross domestic product (GDP) during the Aquino regime to about 7.3 percent at the end of the Duterte administration. This will cost around P8 trillion to P9 trillion from 2016 to 2022 to address the huge infrastructure backlog in the country.

Here are the featured projects:

The Project involves the construction of a new 82,600 m2 Passenger Terminal Building (PTB) of the CIA, with a design capacity of 8 million passengers per annum

The New Clark City Food Processing Terminal and International Food Market is envisioned to be a “stock exchange” of fresh produce and processed products. The Project aims to attract investors from the private sector, local government units and other associations and cooperatives to invest on managing storage and other infrastructures and facilities for processing, handling, distribution of agricultural products utilizing integrated research development and technology to be set-up in New Clark City’s agro-industrial zone. The Project will consolidate food supply chain and post-harvest production system (e.g., fruits, vegetables, poultry and livestock) for Northern and Central Luzon, Metro Manila and even neighboring countries, for niche market (organic produce, halal-certified goods).

The Subic-Clark Railway Project is a component of the PNR Luzon System Development Framework providing initial freight service between the Subic Bay Freeport Zone and the Clark Freeport and Special Economic Zone, linking Subic Port with Clark International Airport and other major economic hubs in Central Luzon, especially New Clark City, and forming an integrated logistics hub for the development of Central Luzon as a new growth center to decongest Metro Manila.

Despite the lockdown and quarantine measures in the past few months due to the COVID-19 pandemic, a number of flagship infrastructure projects were completed. These include (1) the Angat Water Transmission Improvement Project; (2) the Tarlac-Pangasinan-La Union Expressway Rosario Exit; (3) the newly opened four-lane Sorsogon City Coastal Road; (4) New Clark City [Phase 1A]; (5) Harbor Link; (6) Sangley Airport; (7) Broadband project with Facebook [Luzon Bypass Infrastructure]; (8) Bohol-Panglao International Airport; (9) Laguna Lake Highway; (10) Cagayan de Oro Port, the country’s biggest passenger terminal port; (11) TPLEX Rosario; (12) TPLEX Pozorrubio; (13) New World-Class Terminal in Mactan-Cebu International Airport; (14) Lal-lo International Airport; and (15) Puerto Princesa International Airport.
Likewise, infrastructure developments for the domestic airports of Virac, Marinduque, Tuguegarao, San Vicente, and Busuanga in Luzon; Maasin, Tacloban, and Catarman in the Visayas; and Ipil, Camiguin, and Siargao in Mindanao, have also been completed.
In more than four years since the “BBB” program was launched in 2017, it has already built roads, bridges, classrooms, and flood control facilities among others, that to a considerable extent, have improved the lives of many Filipinos. To note, the “BBB” program was able to complete around 121 airport projects – 114 are ongoing and 75 are for procurement; 369 commercial, social, and tourism seaports – 108 are still in the process of completion; 23,657 kilometers of roads; and 4,959 bridges.

Since the end of 2019, the “BBB” program was also able to complete 71,803 classrooms across the country that has benefited more than 3.2 million students. A total of 4,536 flood mitigation structures were also completed to expand protected flood-prone areas across the country, while 82 evacuation centers were built by the DPWH in 52 provinces while 55 more are underway.

The delivery and completion of “BBB” projects within the target timeframe under the current administration will not only steer and drive economic recovery of the country amid the pandemic and in the post-pandemic era, but will to some degree enhance, improve and further develop land, air, sea, and inter-island connectivity and mobility in the country.

This will also facilitate balanced development and to a greater extent diffuse economic activities and development from the urban centers of the country toward rural areas or the countryside. The transport-related infrastructure projects will not only ease traffic and road congestion in the National Capital Region (NCR) and other traditional urban areas like Metro Davao and Metro Cebu but will also facilitate the transporting of people and goods from one place/island to another.

The completion of all these infrastructure projects, in the long run, would not only to a greater extent, sustain, accelerate, and achieve the desired economic growth of the country but most importantly, will improve the Philippines’ global competitiveness.
Ernest Logistics Corporation has been in the industry for more than 10 years, and it remains optimistic that our country can recover with these new infrastructures that benefits more businesses, even from other regions outside the NCR. Ernest has nationwide operations and to know more about it, you can get more information by registering or logging-in below and our customer representative will be quick to assist you. 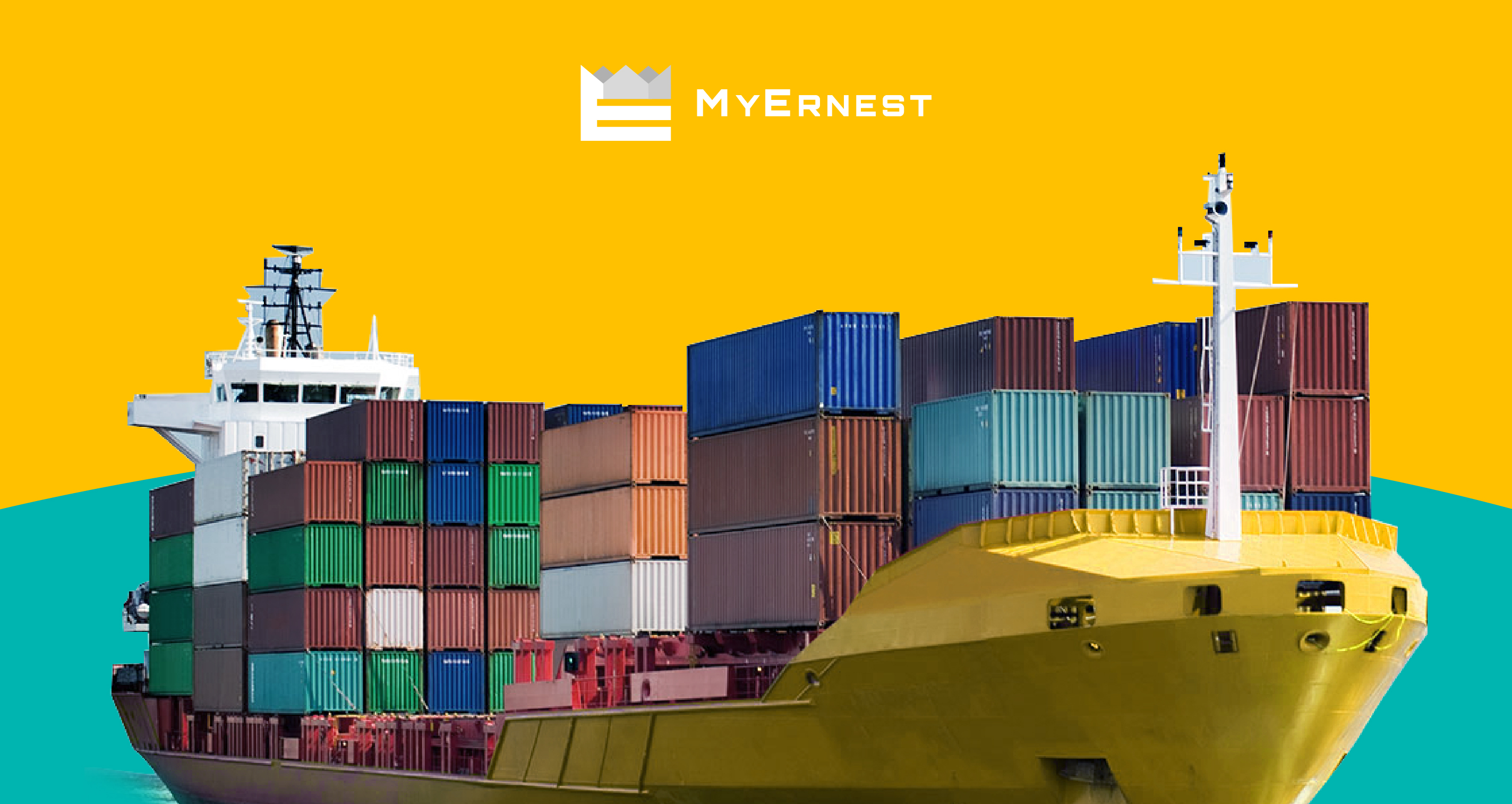 The Advantages of Sea Freight in the Philippines

The Philippines is an archipelago composed of 7,600+ islands with more than a hundred seaports … 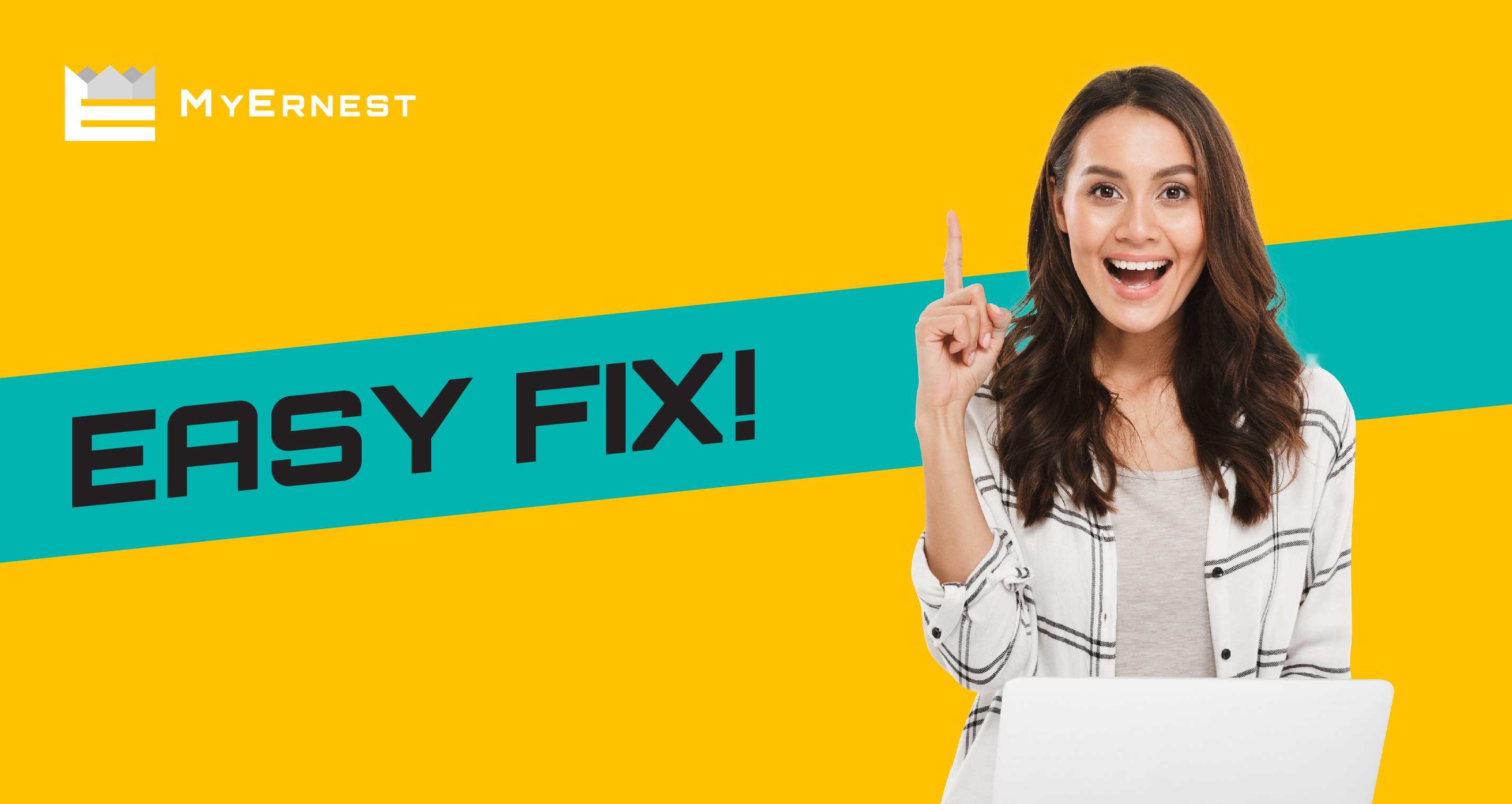 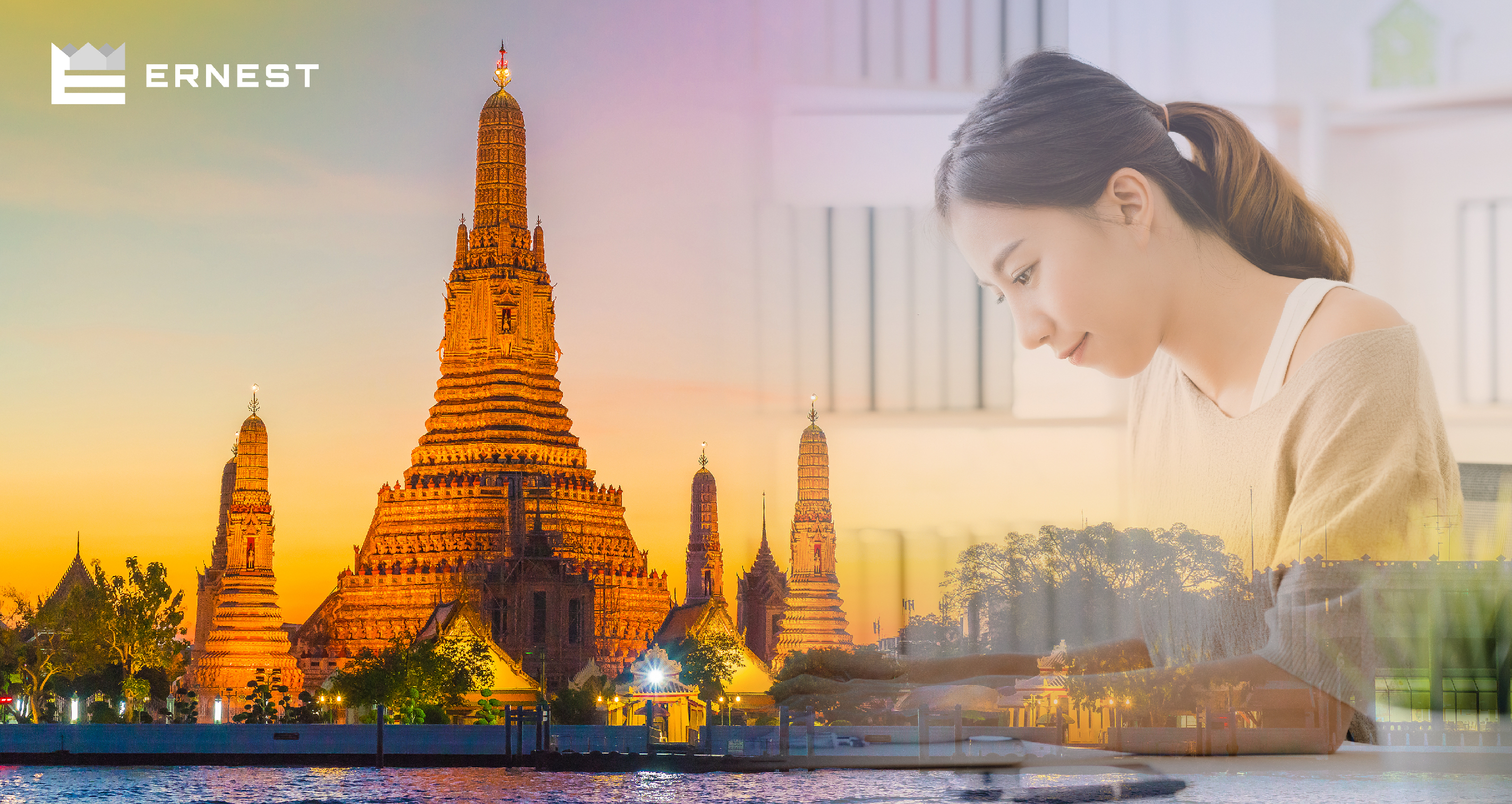 Located in the Southeast Asian Indochinese peninsula, the Kingdom of Thailand shipped US$245.3 billion worth …